An Initiative from Döveç, Four Vision Development and Noyanlar to Make a Great Contribution to the Promotion of the Country 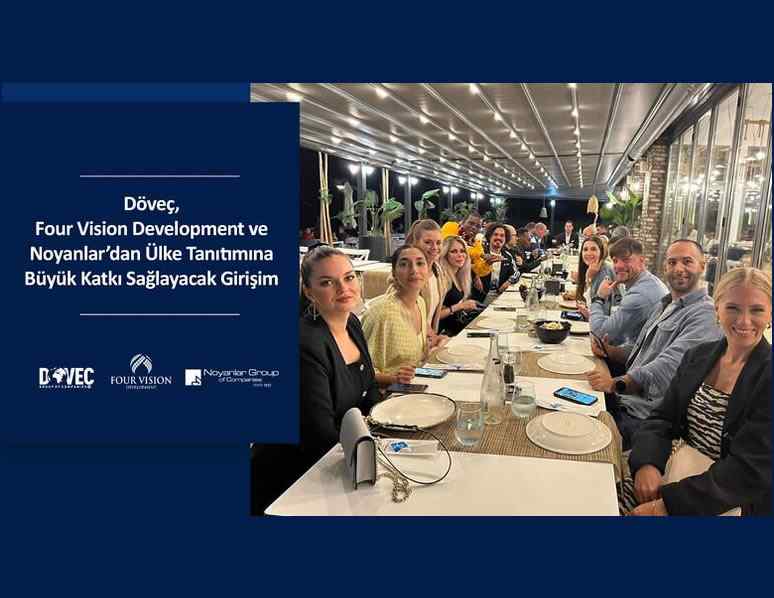 The initiative of Döveç, Four Vision Development and Noyanlar to contribute to the promotion of the famous German producer Rabih Rabea filmed the clip of Prince Amaho in Northern Cyprus. It is known that the producer, who signed with large organizations in different parts of the world, brought with him many influencers to North Cyprus for filming.

The Filming was sponsored by Döveç Group, Four Vision Development and Noyanlar Group, in Famagusta, Iskele and Karpaz regions. The recording of the clip in Northern Cyprus and the participation of influencers coming to film are expected to contribute significantly to the promotion of the Country. Behind the scenes, it is said that the life of a foreigner in North Cyprus will be discussed in the clip. The success of Dean Jackson, who acquired the rights to distribute the song, increased the clip's importance. The video is expected to be watched by millions of people in the USA and Europe. Helge Strauss, who signed on to several projects in this field, directed the clip. Helge Strauss and his team shoot at multiple locations across the island.Famous German producer Rabih Rabea in North Cyprus

The Sponsor companies, which have been carrying out activities for the promotion of the country in all target markets for many years, pioneered the shooting in Northern Cyprus with the initiatives they carried out through the famous producer, the infrastructure and support they provided for the clip shooting. The clip is expected to contribute especially to the tourism and real estate sectors.

The director of the Döveç Group, Burçin Döveç, stated that they are promoting the country primarily in all the markets they go to in the real estate sector and allocate serious budgets for these promotional activities. Noting that alternative marketing methods are very effective in this sector, Döveç noted that promotions made through influencers provide high returns. In this context, he noted that the beauty of Northern Cyprus in the section and the well-known people hosted in our country will contribute to the strengthening of the country and the economy. Döveç conveyed his thanks to the Noyanlar Group and Four Vision Development for taking responsibility with the Döveç Group at these events.

Producers, directors, actors and artists who came to the country expressed their satisfaction by expressing their appreciation for Northern Cyprus. They thanked all the sponsors for the excellent working environment and the opportunities provided.

Fill out the form to be among the first to receive information about Launch Prices and Project Details.