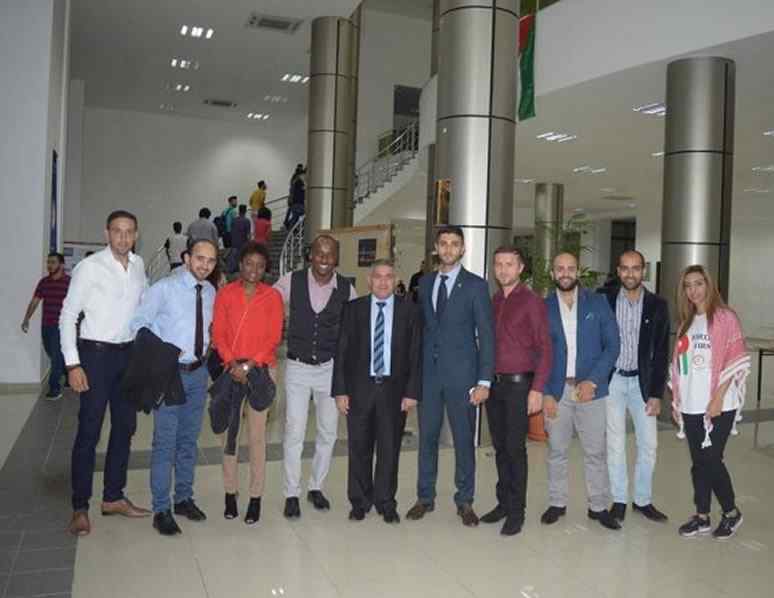 There was a participation of roughly 1,200 students. Jordan's famous comedian, Dr. Laith Al-Abad’s, performed his stand-up show. The Jordanian parliament member, Mohammed Mr Raif Yaseen Mwafaq and Ankara’s Jordan Community Association President, Mr Bah, gracefully joined the event and gave a speech. Student performances, cultural dances and songs were sang. We were introduced to the meals and desserts of the Jordanian culture. All the participants of the event had an enjoyable time.

At the end of the night the students who achieved high honours were given awards, which are given every year for students of Eastern Mediterranean University. There was also a student’s Football Cup and winners were given various gifts and awards by Döveç Construction’s representative Zeki Özbilgen.

Zeki stated that our company will always support the Eastern Mediterranean University and their students with future events. Foreign students long for the culture of their origin country and as a contributor, we welcome further events and activities which will assist in this role for all foreign students studying in the TRNC. It is our aim to continue to work in a coordinated manner with the University in order to develop the Famagusta area for all its inhabitants.

Fill out the form to be among the first to receive information about Launch Prices and Project Details.